6 of the Best Techniques for Successful Auction Bidding

Buying your dream home in certain high-demand areas might only be possible via a bidding auction. Property owners in Australia often choose to sell by auction as the method offers multiple benefits, including the possibility that competition during the bidding drives the price up.

Auctions provide a way around the much lengthier buying procedure through a private treaty sale. Do the bidding right and you can even grab a bargain and secure your dream property at a price well below your limit.

Bidding at auctions, however, is a skill you want to spend some thought on before your first time. Auctions can be fast-paced and stressful. If you succumb to the pressures, you may end up paying much more than what the property’s worth.

Although the price will mainly depend on the property’s real market value, knowing how to take control at an auction and navigate the bidding process skillfully can affect the final price.

Having your bidding success in mind, we discuss several strategies to help you land a deal on the property you want. 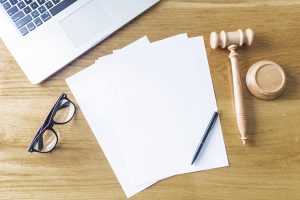 Buying a property through the ‘offer and acceptance’ method allows you to do your research after the acceptance of your offer and before the signing of the property transaction contract. This is not the case for auction purchases. You need to gather all the information before you enter the auction.

Never run late for an auction. There’re many examples out there when buyers arrived late at an auction only to find out that not only is their preferred property already sold, but it had even gone at a price way below the one they’d been prepared to pay.

Arrive at the auction site early to register and position yourself smartly in the room or outdoor area. Make sure you scan the other bidders and determine their number. This is going to influence the decision about your opening bid later. 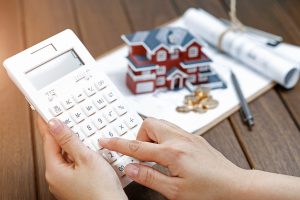 Most state regulations allow for a ‘cooling-off’ period for property purchases made via the ‘offer and acceptance’ method, but this usually doesn’t cover auction buys. The auctioneer formally declares a sale over “at the fall of the hammer” and the successful bidder is committed to it from that point on.

If no one has offered a better price and you were the one placing the last bid, you’ll need to pay a deposit on the spot, usually 10% of the sale price. You should, therefore, always bid within an amount that you can commit to.

Considering all this, it’s crucial to come to the auction knowing what your budget is. This helps you refrain from exceeding it and prevents you from getting caught up in a bidding war with another person that can leave you at a loss if you end up winning the bid.

A good trick is to set the maximum amount you can spend on a property somewhat above a round number amount. If you decided at first that $900,000 is your upper limit, think whether you can spare some more and set it at $904,000 for instance. This could help you win over bidders who have the same as your initial upper limit. You should decide on this beforehand though.

Also, bear in mind that auctions start at a guide price, but won’t sell below a reserve price – the least amount the seller will agree to sell for. The reserve price remains hidden from bidders but can be even 10% more than the guide price. Take this into account when setting your budget.

Stay in Control of the Bidding Pace 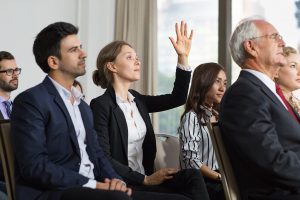 As a buyer, you have certain bidding strategies at your disposal to help you stay in control during the auction.

You have no reason to hurry. In fact, going slow initially can only work in the buyer’s favour. For instance, a slow-paced bidding process that proceeds in smaller increments can put pressure on the seller to doubt their original reserve price and adjust it downwards.

You should bid early on. Don’t wait until later to place your first bid and starting early can even give you the leeway to set the pace. If your first bid is 695,000 instead of 700,000, you may psychologically influence other bidders to continue in $5,000 increments, instead of $10,000, which is the average bidding increment at real estate auctions.

Your opening bid should also depend on the number of buyers. If there are more bidders you may want to start off with a large increment that’s above most bidders’ maximum price to filter out the competition early in the process.

Another way you can push for slowing down the pace is to give the auctioneers a hard time adding up the amounts before calling out for the next bid. Instead of bidding in round numbers, give your bids in odd numbers that will take some seconds more to add up.

Even if your personal limit is at $912,000, it’s good to be able to place a bid at your maximum pre-set amount since who places it first can often be decisive when the other gives up. 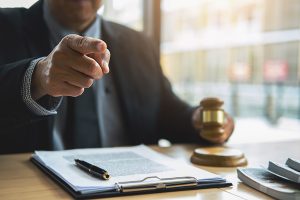 Auctions are complex processes involving intricate legal details. Good auctioneers have superior skill and knowledge of the process so they can navigate it in favour of a better deal for the seller.

To ensure that buyers keep driving the price up, auctioneers apply various subtle techniques. Understanding these beforehand will help you resist the pressure at auction day and outsmart the rest in the room.

Auctioneers’ main goal is to generate a sense of urgency among the bidders. They want to make you feel anxious that you’re going to miss out on your preferred buy. Moving quickly and maintaining a fast pace is the basic rule for auctioneers. This allows bidders close to no time for deliberation on the price.

Another way is via speech intonation and body language. For instance, swiftly grabbing the hammer suggests bidders that the sale is about to close soon and this pushes them into more competitive bids.

Attend as many real estate auctions before your first one as a bidder to learn firsthand about how the process works. 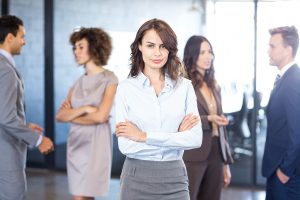 Most of the time, inexperienced bidders easily show when they’re approaching their limit. The keen eye of a skilled auctioneer won’t miss even the subtlest of body language tell-tale signs.

Be extra careful if you’re bidding together with another person in the room. When bidders bring their partners or parents at the auction, the tandem behaviour can usually reveal the bidders’ intentions much easier. One example is if you’re discussing the developments with each other during the auction. Sometimes even making eye contact can reveal an approaching limit.

If the other partner is absent, bidders sometimes make the mistake of calling to consult them. This all gives valuable information to the other bidders and the auctioneer that you want to withhold.

Most of this can be eliminated if you’ve done the thinking and talking before the auction starts. If you and your partner know your limit, it makes it easier not to get caught up in the emotions.

Additionally, be ready to walk away and give up. There’s always the chance that you stumble upon wealthy bidders that won’t care about buying at a fair market price.

Coming psychologically prepared this way will give you confidence and stability that will show via body language during the bidding and, ultimately, play in your favour.

Equally important, stay observant of other bidders’ body language signs. If you notice that your competition is reaching their limit, act quickly and increase your increments to knock them out. If they deliberate their bid longer than before, it’s usually a sure sign that it’s one of their last-hope bids. Place your next bid swiftly to discourage them and send them the message they should give up.

Hire Someone if you Can’t Handle it Yourself 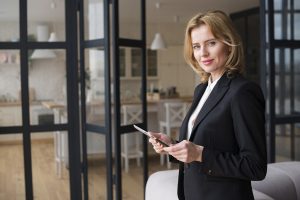 You know yourself best. If you’re a first-time bidder and feel like you can’t handle the auction on your own, or can’t handle it altogether, consider investing in a buyers agent.

You can hire an experienced buyers agent to accompany you at the auction or even to bid in your absence. Having an expert bid on your behalf increases your chances of success since they would know how auctions work and won’t invest any emotions in the whole business.